“A balance point is very rarely, if at all, impossible; patience, discipline, and stamina are required.”  – Michael Grab 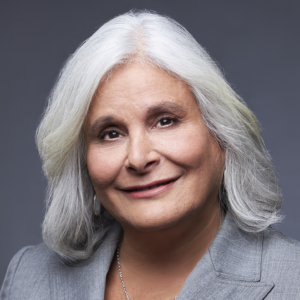 Ms. Green is described as a “true neutral” who zeroes in on the strengths and weaknesses of a case with surgical precision. Her straight-forward approach and open-minded pragmatism generates the trust necessary for litigants to entertain the possibility of resolution and arrive at solutions. She is known for settling impossible cases by connecting with litigants and “bringing them on board for the ride.”

Ms. Green’s approach to dispute resolution is shaped by her diverse background – as a litigator representing both plaintiffs and defendants, as general counsel, and her owner/management experience in the hospitality industry. Her commitment to the settlement process is demonstrated by her early immersion in a case and connection with counsel. She works closely with the parties to realistically assess risks and impediments to resolution. Her thorough preparation, exceptional listening skills, and judicious, evenhanded approach leads to creative solutions for intractable problems.

As a Settlement Officer for the Superior Courts of San Francisco, Alameda, Marin, and Contra Costa, Ms. Green has conducted settlement conferences in most areas of the law and gained a reputation as one of the most successful settlement officers serving the Bay Area.

Litigating early ESI cases, including the “largest [ESI] case ever filed in the Northern District,” Ms. Green developed expertise in E-Discovery matters, and even developed her own software and systems to manage them. As a discovery referee, she has presided over discovery matters in a wide variety of cases, such as family law, probate, personal injury, real estate, fraud, medical malpractice, construction defect, employment, civil rights, sexual harassment, and allegations of sexual abuse at educational institutions. Due to her extensive trial and appellate experience and evidence scholarship, she has the expertise to handle complex privilege claims and ESI matters. Ms. Green sits as Discovery Judge Pro Tem, Facilitator, Referee, and Special Master at courts around the Bay Area.

Ms. Green is a frequent guest lecturer to local bar associations, including the Bar Association of San Francisco and the Alameda County Bar Association, and law schools, including UC Hastings College of the Law, UC Berkeley School of Law, Stanford University School of Law, Golden Gate University School of Law, and others. Ms. Green has also published articles in the Recorder, and authored reports and made presentations before the United Nations General Assembly and various treaty bodies. Ms. Green’s publications include:

• Reports and presentations to the U.N. General Assembly; Convention against Torture and Other Cruel, Inhuman or Degrading Treatment or Punishment; International Convention on the Elimination of All Forms of Racial Discrimination; International Covenant on Civil and Political Rights; The Commission on Crime Prevention and Criminal Justice resulting in the reauthorization of the Violence Against Women Act of 1994 and the passage of the Prison Rape Elimination Act in 2003.
• Demanding Our Rights, A Manual on Drafting United Nations Shadow Reports, co-author, 2007.
• The Quixotic Dilemma, California’s Immutable Culture of Incarceration, 2010, Pace Law Review.
• A Strike Against Qualified Immunity, October 1, 2010, The Recorder, co-authored with Sanford J. Rosen.

For a complete list of publications and press, please see here.